A few weeks ago I was checking out the new series on HGTV with that Australian dude who designs backyards that function like an additional room. I didn’t particular care for the episode I caught; how many HGTV viewers are living in what’s clearly a super-expensive California pad and are DIY on their backyards?

But I digress. What I did really like in that episode was Jamie Durie’s usage of several triangular canvas cloths strung across the yard to create shade and to, according to the show, emulate the lines of the Albert Frey Tramway roof in (or on the way to?) Palm Springs. 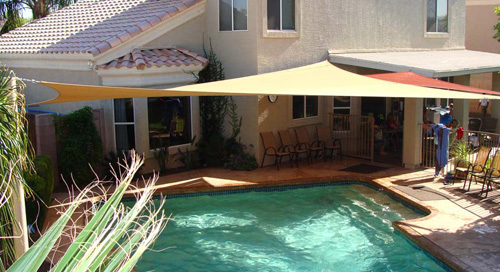 The way the show spun it, at first I thought that the treatment was fabricated from scratch. Turns out I was wrong. A few weeks later, I found out that a friend of mine (who hadn’t even seen the show!) was planning to do the same thing on a new deck/lounge area he was adding on to his house… and now I’m pretty sure it’s something we’d love to try across our own back deck. It would be great to create some shade against the Tennessee heat and make it so you could enjoy being out even when the sun was full force. 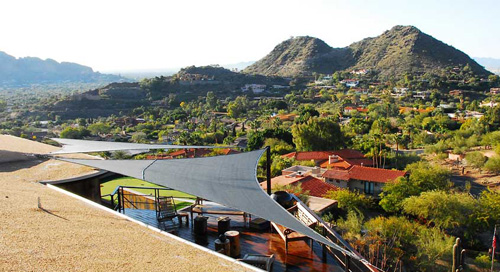 There’s apparently at least a few vendors for the canvas sail shades here in the US. The best part is that the smaller shades are well under $200 (minus hardware), so it’s a super affordable way to add some serious architectural character and function to a deck or backyard. If you want to go bigger, many of the vendors offer larger sizes as well as custom cuts. 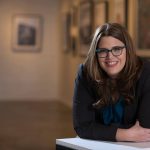 lovely_spaces
InstagramInstagram did not return a 200.